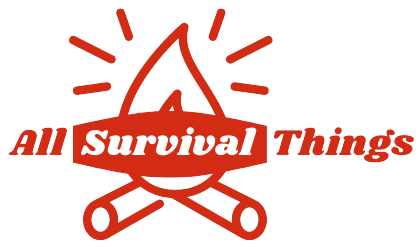 How to Boil Water Without a Pot: The Perfect Guide for Emergencies 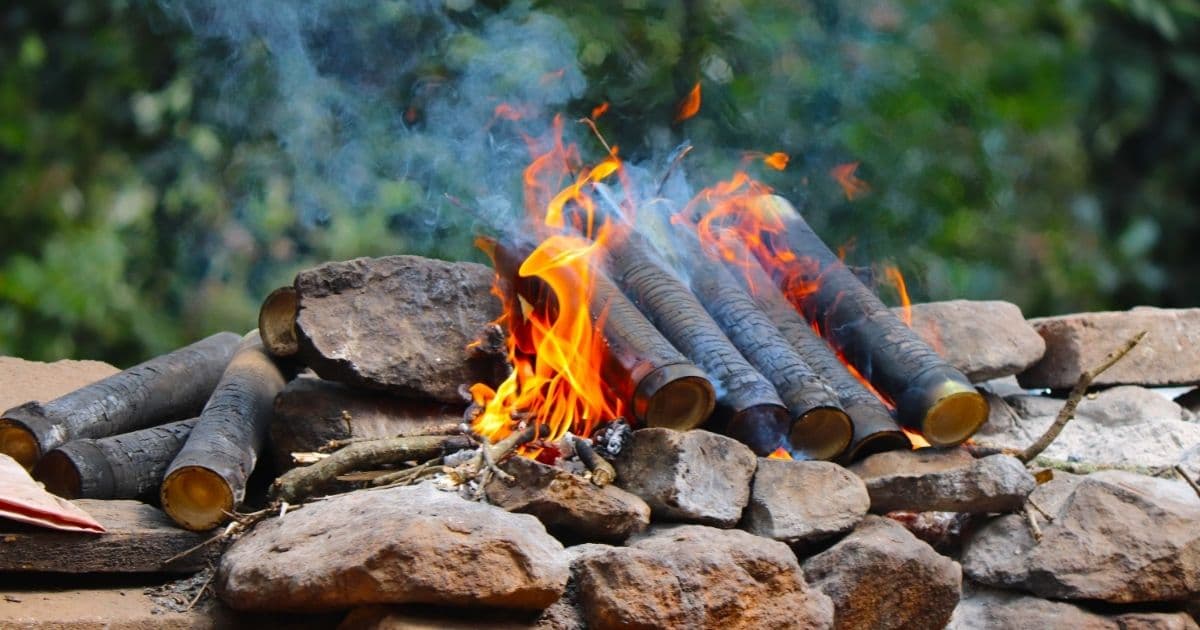 Disaster preparedness is key to survival of the fittest. And to survive, one needs to hydrate. Whether there’s an emergency alert to evacuate the house or you’re left stranded in the woods during a hike, you’ll need to know how to boil water without a pot to purify it, because it’s always better to be safe than sorry. Here are all the ways you can do it.

How to Boil Water Without a Pot

Water can be boiled using just about anything – all it needs is some heat. So here are some items you can use to boil water when there isn’t a pot available.

Usually done to heat up two to three teaspoons of water, a paper plate held on top of a candle flame can boil water without burning.

If you’re out in the wilderness, find two equal-sized rocks and place them over a small fire. Take the paper plate, fill it with water, and rest it on top of the rocks to heat up.

Use a Bamboo Stick

A bamboo stick is considered to be the simplest way to boil water (when a pot isn’t available). Make a cut just beneath one of the notches on the bamboo and break it off.

Fill it up with water and place it over a fire pit, making sure that the thick sides are warmed faster than the thin bottom.

Yes, wood is highly flammable, and it is insulated as well, but it can actually be used to boil water. And since there’s an abundance of tree logs in the wilderness, it makes sense to use wood.

Take a few sand-free, smooth rocks and place them over a fire. Put the wooden container on top of the rocks, making sure it doesn’t touch the fire, and the water will boil in a matter of minutes. 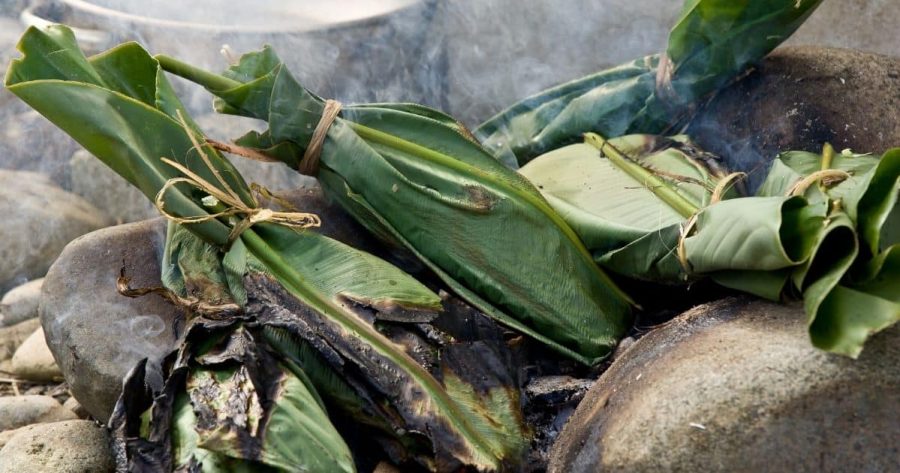 Generally, any large-sized leaf can be used, but banana leaves are recommended most, as they are non-toxic and easy to fold.

Take a banana leaf, shape it into a bowl, and pour water in it. Place it over a fire and wait for it to come to a boil. Make sure the leaf stays away from the flame and that only the “bowl” of water is heated.

Sounds weird, but you can actually boil water just by digging a hole in the ground to use as a container and dropping hot rocks into it. It removes the need for any extra materials and skills. All you need to be sure of is the clay content of the soil.

Clay-rich soil will hold water easily, while softer soil will need to be lined with plastic or a tarp. Make sure to reheat the rocks every 10 to 15 minutes so the water doesn’t catch any rocky sediments.

Tips to Keep in Mind When Boiling Water Without a Pot

In survival situations, it’s important to know all the tips and tricks to detoxify the materials used and know the right way to use them too. Here are a few tips to keep in mind when boiling water without a pot:

How to Boil Water Without a Fire-Proof Container 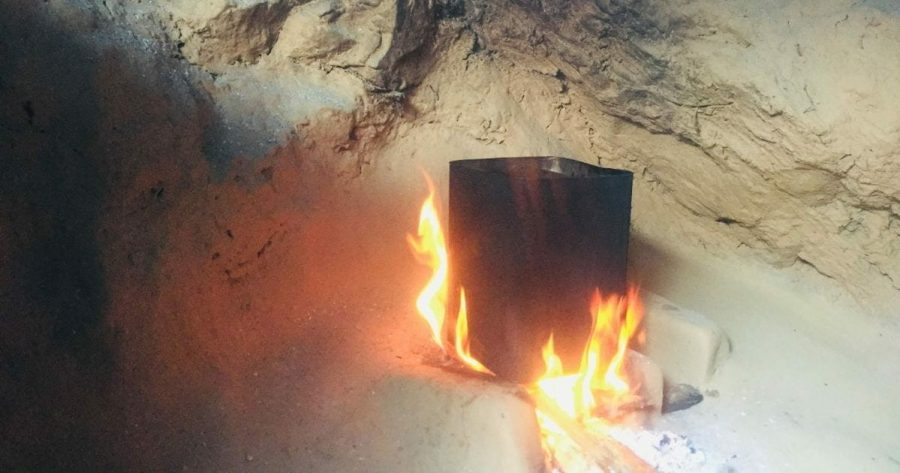 What do you do when there is a fire pit built, the fire has started, but the container available isn’t fire-proof? Well, you can use any of the following items to your advantage and purify the water for drinking:

The best and most efficient way to boil water without a fire-proof pot is to search for smooth-faced, non-grainy, and dry rocks. Then, clean them and heat them over direct flames.

Meanwhile, make a container out of wood, paper, or leaves. Pick up the heated, anti-bacterial rocks using a pair of tongs or while wearing gloves and place them in the container of choice to bring the water to a boil.

How to Boil Water Without a Microwave-Safe Container

Suppose you’ve brought containers with you, but none of them fit in the microwave or aren’t microwave-safe, and you’re stranded so you’ve nowhere to go. What would be your course of action? Here are all the options:

We’ve covered all the do’s you can consider, but there are a couple don’ts too. One, don’t use a non-stick pan to boil water. The coating can disintegrate and mix into the water, which can cause health problems in the long run. Two, don’t put a styrofoam cup or a paper bowl in the microwave.

How to Boil Water in a Plastic Container

Plastic, believe it or not, can actually be used to boil water and other liquids. When done the right way, it doesn’t melt or fall apart at the lick of a flame. Here’s how to boil water in a plastic container:

How to Boil Water Without Electricity 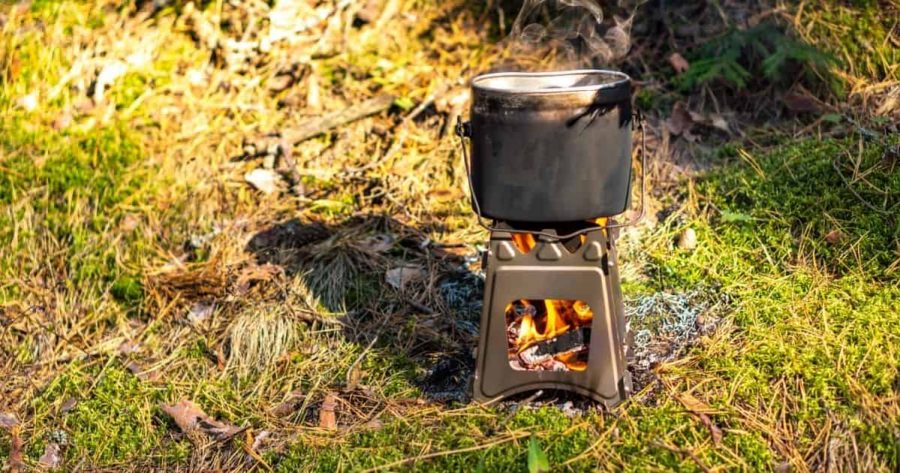 Maybe there was a sudden power outage in town and now there’s no electricity to boil water for morning coffee or evening tea. Here’s what you can do:

How to Boil Water In Other Emergencies

During hurricanes, massive floods, tsunamis, and water pipeline malfunctioning, the city may issue an alert to either drink only boiled water or bottled water for the time being. In such emergencies, here is how you can disinfect and purify the water:

FAQs About Water in Emergencies

How can you boil water without a kettle?

If a kettle isn’t available, you can fill up your coffee machine and use it as the heat source, or fill up a deep pot and place it on the stove top. For a cup or two of water, you could also place a heat-safe bowl filled with water in the microwave and bring it to a boil.

Can I boil water with a candle?

Yes, a candle can boil water, but it does take a longer time since the flame is small. To bring the water up to a boil in less time, you could place more than one candle at the base of the pot.

It is recommended to use tealight candles, as they are small in size, have a longer burn time, and do not pose as great a risk as larger candles.

What happens if you drink unboiled water?

It depends on the kind of water that is available in your area. If it is generally deemed free of contaminants by the authorities, then drinking it unboiled in small quantities may not be as harmful.

However, if there is a boil water advisory issued, then drinking it unpurified is to be strictly avoided, as it can cause diarrhea, salmonella, E. Coli, or cholera.

Can you drink pool water in an emergency?

Sure, in an emergency, it is alright to drink a mouthful of pool water – just make sure it’s in small quantities.

Ask the authorities about the chlorine level. If it’s 4ppm or less, the water can be consumed little by little, but if it’s salt treated, the pool water should be strictly avoided.

In a survival situation, the utmost priority is to stay alive, and the best way to do it is to hydrate yourself with clean, boiled water. Now that you have all the tips and tricks on how to boil water without a pot and more, you can survive just about anything in the wilderness. 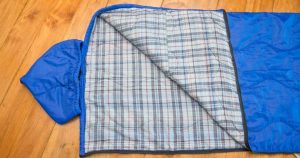 Just because you’ve gone camping doesn’t mean you shouldn’t enjoy a good night’s sleep. However, with such a wide range of sleeping bags to choose 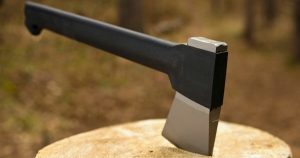 Which is the Best Backpacking Hatchet to Take Camping

Nothing is more enjoyable than when you go camping to enjoy the warmth of a campfire and the peacefulness of nature. Wood is a necessary

Are you a thrill-seeker looking for a little more adrenaline? Or do you simply enjoy being outside? Well, if you love the outdoors, you’re probably 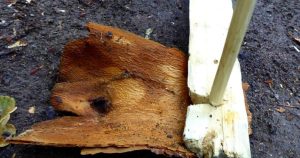 How to Make a Fire in the Wild With Nothing: All You Need to Know

Emergencies can happen anywhere and at any time. Even if you come prepared to the campsite with matchsticks kept in a waterproof container or newspaper

PrevPreviousHow to Secure a Door from Being Kicked In: A Complete Guide
NextHow to Make a Fire in the Wild With Nothing: All You Need to KnowNext

When it comes to survival, it’s important to stay informed. Get in touch on social media or join our newsletter to make sure you’re always in the know.

Subscribe to the AllSurvivalThings.com newsletter for updates that go straight to your inbox.

Get all latest news, exclusive deals and academy updates.